Be inspired by these all over the world Proverbs. We hope you find the wisdom of many in these words.

A cutting word is worse than a bowstring, a cut may heal, but the cut of the tongue does not.

Knowledge without wisdom is like water in the sand.

There are no shortcuts to the top of the palm tree.

A person with too much ambition cannot sleep in peace.

He who refuses to obey cannot command.

A stream cannot rise above its source.

Those who accomplish great things pay attention to little ones.

Seeing is different than being told.

A quarrelsome chief does not hold a village together.

You can tell a ripe corn by its look.

Do not call to a dog with a whip in your hand.

The laughter of a child lights up the house.

Repetition is the mother of knowledge.

A stream cannot rise above its source.

Wood already touched by fire is not hard to set alight.

Be in general virtuous, and you will be happy.

Necessity never made a good bargain.

Pride is said to be the last vice the  good  man gets clear of.

A dose of  adversity  is often as needful as a dose of medicine.

Don’t cut off your nose to spite your face.

A dose of  adversity  is often as needful as a dose of medicine.

Necessity never made a good bargain.

Hope  is a good breakfast, but a poor supper.

The cemeteries are filled with people who thought the world couldn’t get along without them.

Take the bitter with the sweet.

Pride is said to be the last vice the  good  man gets clear of.

Variety is the spice of  life .

Hope   is a good breakfast, but a poor supper

Variety is the spice of  life .

Don’t cut off your nose to spite your face.

Never be content with your lot. Try for a lot more.

It’s better to be without a book than to believe a book entirely.

If you bow at all, bow low.

Better to light a candle than to curse the darkness.

A closed mind is like a closed book; just a block of wood

Experience  is a comb which nature gives us when we are bald.

A hundred no’s are less agonizing than one insincere yes.

Two good talkers are not worth one good listener.

Be not afraid of growing slowly, be afraid only of standing still.

He who cheats the earth will be cheated by the earth.

A hundred no’s are less agonizing than one insincere yes.

There are two kinds of perfect people: those who are dead, and those who have not been born yet.

Behave toward everyone as if receiving a guest.

The best time to plant a tree was 20 years ago. The second best time is today.

Distant water does not put out a nearby fire.

A fall into a ditch makes you  wiser .

Never put off till tomorrow what you can do today.

There are no cakes without work.

When you go to buy, use your eyes, not your ears.

Even small fish are fish.

He who digs a hole for someone, will fall in it himself.

What have you learned young you’ll find useful in the old.

The morning is  wiser  than the evening.

Do not protect yourself by a fence, but rather by your  friends.

An early bird will hop farther

An apple does not fall far from the tree.

Repetition is the mother of wisdom

An apple a day keeps the doctor away.

You can lead a horse to water, but you can’t make him drink

Birds of a feather flock together

A picture is worth a thousand words.

The grass is always greener on the other side

All that glitters is not gold

Sticks and stones will break my bones, but names will never  hurt  me.

The early bird catches the worm

It’s a blessing in disguise.

Don’t cross a bridge until you come to it

Life is what you make it.

A stumble may prevent a fall.

Don’t put all your eggs in one basket

Into every life a little rain must fall.

There is none so blind as those who will not see

To every thing there is a season.

A friend is known in time of need.

Better to wear out than rust out.

A lie travels round the world while truth is putting her boots on.

Bear with evil and expect good.

A rolling stone gathers no moss.

Easy to say is hard to do.

He is rich enough who owes nothing.

Better to be seen alone than in bad company.

It is not enough to run, one must start in time.

You can’t have your cake and eat it.

All is well that ends well.

A fault once denied, is twice committed.

A great estate is not gotten in a few hours.

Don’t find fault with what you don’t understand.

Learning is there for every man.

A fool and his money are soon parted.

The  habit  doesn’t make a monk.

Between saying and doing many a pair of shoes is worn out.

A forced  kindness  deserves no thanks.

Anger   can be an expensive luxury.

Give neither counsel nor salt till you are asked for it.

Better give a penny then lend twenty.

The liar needs a good  memory .

Better an egg today than a chicken tomorrow

Wise   men learn by other men’s  mistakes , fools by their own.

Who offends writes on sand; who is offended, on marble.

He who begins many things finishes but few.

To each his own.

One who sleeps doesn’t catch fish.

People in glass houses should not throw stones.

He who starts well is half way done

Don’t look a gift horse in the mouth.

A candle loses nothing by lighting another candle.

Better one day as a lion than a hundred as a sheep.

There are not two without three.

Silence was never written down.

Every rule has an exception.

It is better to write down something once than read it ten times.

If you wait, there will come nectar – like fair weather.

Fall down seven times, get up eight.

Let what is past flow away downstream.

It is better to not read at all than to  believe  everything you read.

Adversity   is the foundation of virtue.

Art is the illusion of spontaneity.

An ant hole may collapse an embankment.

Gossip   about a person and his shadow will appear.

There are no national frontiers to learning.

You can’t see the whole sky through a bamboo tube.

When you’re thirsty it’s too late to think about digging a well.

You can know ten things by learning one.

When someone is really hungry, then there is no such thing as “bad food.”

Better to be a crystal and to be broken, than to be a tile upon the housetop.

Every road has two directions.

Take the bull by the horns.

The calmer you go, the further along you will be.

He who doesn’t  risk  never gets to drink champagne.

You don’t get something for nothing.

Success and rest don’t sleep together

If everyone gives one thread, the poor man will have a shirt.

Failure   teaches you more than  success.

One does not wash one’s dirty linen in public.

Take  time  to smell the roses.

Every seed knows its time.

Confessed faults are half mended

Be  happy while you’re living, For you’re a long time dead.

Better be ill spoken of by one before all than by all before one.

Never let your feet run faster than your shoes.

Take care of your pennies and your dollars will take care of themselves.

Be slow in choosing a  friend  but slower in changing him.

They that will not be counselled cannot be helped.

Get what you can and keep what you have; that’s the way to get rich.

They that sow the wind, shall reap the whirlwind.

Luck   never gives; it only lends.

When the heart is full the tongue will speak.

A tired person can sleep anywhere.

Never spend your money before you have it.

A fifth wheel to a cart is but an encumbrance.

For a  good  appetite there is no hard bread.

If you play with fire you get burnt.

We’ll just have to make do.

The wise man does not hang his  knowledge  on a hook.

If you want to be respected, you must respect yourself.

We do not know what is good until we have lost it.

Charity well regulated begins at home.To the grateful man give more than he asks.

If there be no remedy, why  worry ?

You have to make the most of the chances that come your way.Who talks much, errs much.

A wise man changes his mind, a fool never.

To-morrow will be another day.

He who gives when he is asked has waited too long.

Abundance is from activity.

No matter how far you have gone on the wrong road, turn back.  There is no right way to do a wrong thing.

He that conceals his grief finds no remedy for it.

Who gossips to you will  gossip  about you.

Tomorrow is another day.

A lake forms drop by drop.

Patience   is the key to paradise.

Two heads are better than one.

If and When were planted and Nothing grew.

A wise man remembers his  friends  at all times; a fool, only when he has need of them.

You harvest what you sow.

A man does not seek his  luck , luck seeks its man.

A knife wound heals; a wound caused by words does not.

Having two ears and one tongue, we should  listen  twice as much as we speak.

May 12, 2021 toplivinglife_rq7erv
Inspire your life

16 Ways to lose weight without going on a diet 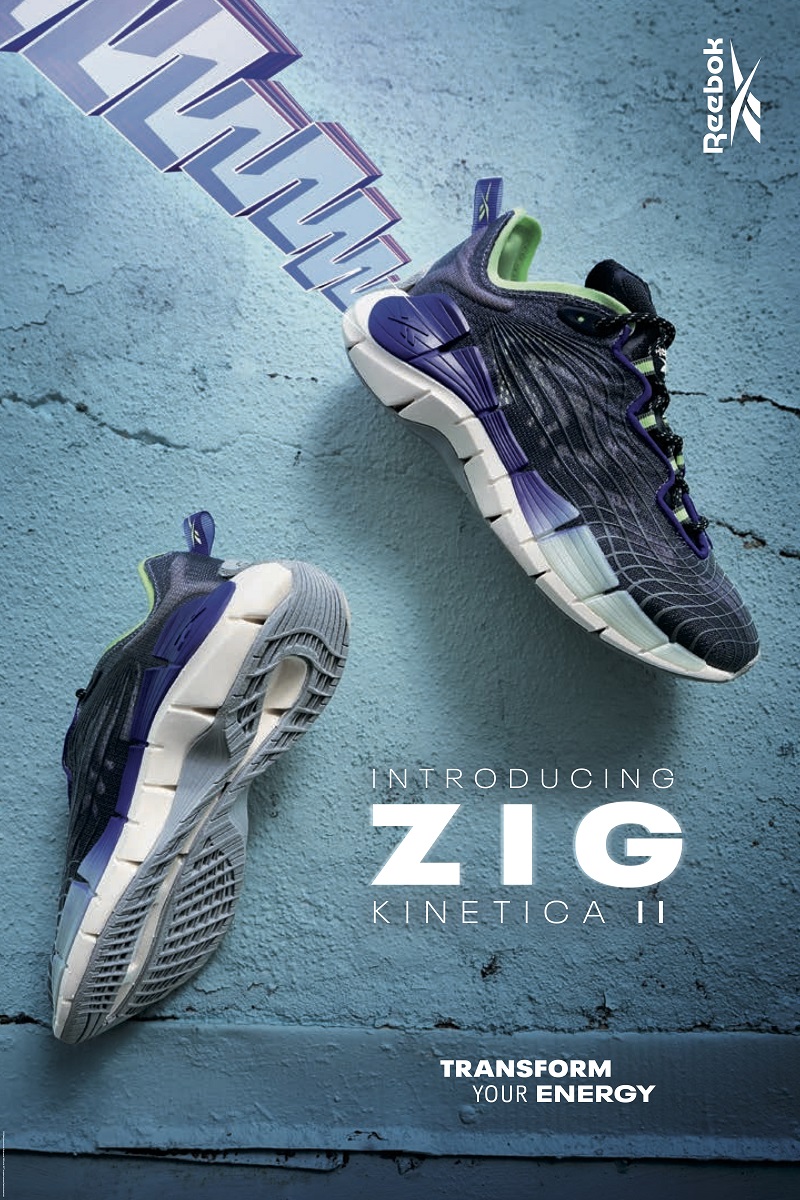 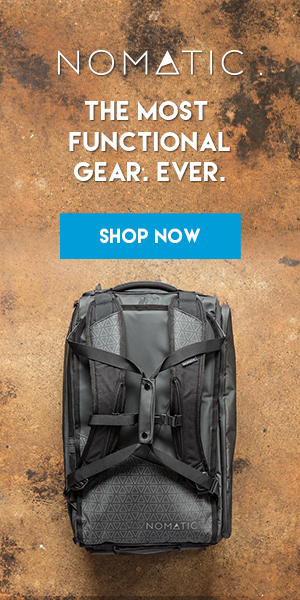 Short love quotes for him and her

May 12, 2021
We use cookies on our website to give you the most relevant experience by remembering your preferences and repeat visits. By clicking “Accept”, you consent to the use of ALL the cookies.
Cookie settingsACCEPT
Manage consent

This website uses cookies to improve your experience while you navigate through the website. Out of these, the cookies that are categorized as necessary are stored on your browser as they are essential for the working of basic functionalities of the website. We also use third-party cookies that help us analyze and understand how you use this website. These cookies will be stored in your browser only with your consent. You also have the option to opt-out of these cookies. But opting out of some of these cookies may affect your browsing experience.
Necessary Always Enabled

Performance cookies are used to understand and analyze the key performance indexes of the website which helps in delivering a better user experience for the visitors.

Analytical cookies are used to understand how visitors interact with the website. These cookies help provide information on metrics the number of visitors, bounce rate, traffic source, etc.

Advertisement cookies are used to provide visitors with relevant ads and marketing campaigns. These cookies track visitors across websites and collect information to provide customized ads.

Other uncategorized cookies are those that are being analyzed and have not been classified into a category as yet.